ACCESS is computer modelling framework for research with atmospheric, ocean, sea-ice, and land surface models coupled to a range of chemical and biological models.

ACCESS currently supports critical modelling and research that contributes to IPCC reports, seasonal and regional forecasting, and climate adaptation policy among many other uses.

This facility is a major collaborative undertaking between the Bureau of Meteorology, CSIRO and five Australian universities, in collaboration with national and international partners.

ACCESS is the largest coupled modelling system developed in the Southern Hemisphere. Coupled earth systems involve complex computer code that simulates the physical components of the Earth System and how they interact including: 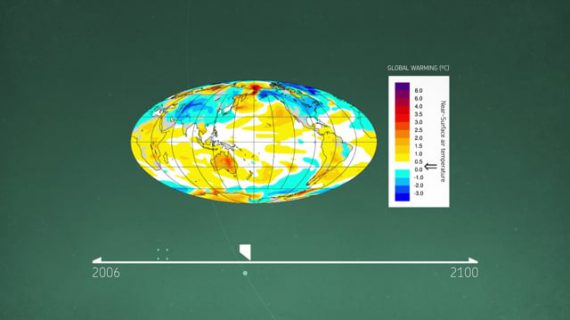 This video explains what are Climate Models, with a focus on the ACCESS suite of models. This video has been produced by CSIRO in collaboration with the Australian Bureau of Meteorology with funding from Inspiring Australia.

Why do we need an Australian Earth System Model?

ACCESS is specifically designed and set up to perform well in the Australian region. It has the versatility to predict weather and climatic conditions from hours to many decades ahead. It encompasses phenomena as diverse as the currents in the Southern, Pacific and Indian ocean, droughts from prolonged El Niño conditions, and rainfall from the Asian monsoon.

Around the world, there are over 100 global climate models available and used by international research teams to better understand our past, present and future climate. Each climate model has different strengths and biases. Most climate and weather models are developed by research groups in the Northern Hemisphere. As a result, these models may not always focus on the climate drivers and phenomena most important or relevant to Australia.

What is a National Research Infrastructure?

A National Research Infrastructure (NRI) refers to the facilities, equipment and resources that are needed to perform research, and the experts needed to manage and run the infrastructure. Infrastructure can be physical, like a supercomputer or microscope, or intangible, like a data collection or software platform, such as the ACCESS  modelling framework.

There are 23 National Research Infrastructure Projects in Australia and ACCESS–NRI has strong links and dependencies with several of them.